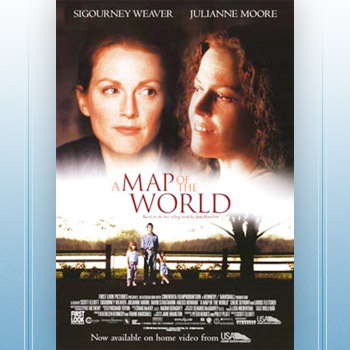 Guitarist Pat Metheny’s exceptional compositional skills reached another plateau with the beautiful score for the film A MAP OF THE WORLD. Here, with a full orchestral accompaniment, Metheny explores the pastoral sound of the acoustic guitar and coaxes from it some of the most emotionally rich music he has ever composed. Metheny captures the spirit of the rural setting of the film, drawing on the sounds of his childhood. On its own, the music emphasizes the exceptional care with which Metheny undertakes his art, gently caressing the music from the instrument until it reaches its full potential. —Amazon.com

Excerpt 1 from Map of the World

Excerpt 2 from A Map of the World