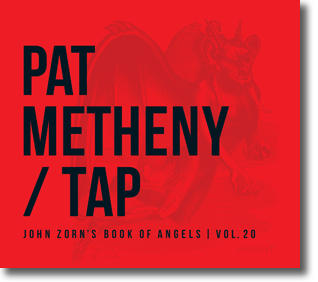 TAP MADE A NUMBER OF "BEST OF THE YEAR LISTS" THROUGH OUT THE WORLD.   AS OF TODAY.....

What the Critics Are Saying about Tap

“Metheny takes what’s on the page and goes to work, conjuring. The result is an ornate, stunningly vivid sound world that neither artist would have found on his own.”   —NPR

“Proof positive of Metheny’s ongoing efforts to push personal envelopes of sound and structure, and logic and liberation, on what may be his most diverse album yet.”   —All About Jazz

"I’ll be the first to admit that I was wondering what this pairing would come up with. Well, they came up with my favorite jazz record of the year....."  --Something Else! Reviews

"#1 record of the year.  Metheny takes fragmentary themes from composer John Zorn’s “Book of Angels” series and orchestrates them into expansive, electro-symphonic works.  The fact that it features some of Metheny’s most unbridled and psychedelic guitar playing in years is just a bonus."  -- Echoes (NPR)

"...There would seem to be an unbridgeable divide between the warmly euphonious sound-world of Metheny, and the furiously intense, often surreal creations of Zorn. The surprising thing is how close the meeting of minds is. Metheny captures the stark, unsentimental core of the songs, and enriches them at the same time" ---The Telegraph (UK)

TAP: Book of Angels Volume 20 is now available for purchase and download! 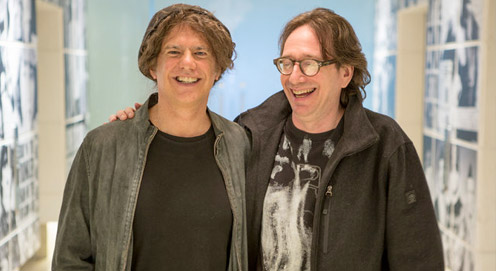 On May 19, 2013 The New York Times Arts section featured an interview with Pat and John Zorn as they talk about collaboration and composition for Tap: Book of Angels Vol. 20.